Back to all Posts
CPR

The Effectiveness of Chest Compressions in Mild Hypoxia 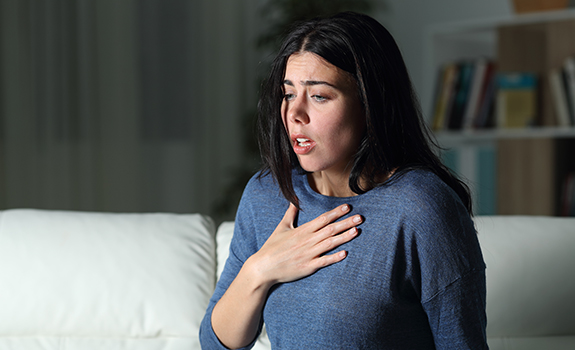 When performing hands-only CPR or chest compressions, it’s important to know if you’re dealing with mild or severe hypoxia – and what to do in either scenario.

If a victim suffers a breathing emergency and is deprived of adequate oxygen, hypoxia might occur. Hypoxia is a condition in which insufficient oxygen reaches the cells, and it can result from an obstructed airway, shock, inadequate breathing, drowning, strangulation, choking, suffocation, cardiac arrest, head trauma, carbon monoxide poisoning, or anaphylactic shock.

What Are the Signs of Hypoxia?

Signs and symptoms of hypoxia can include:

There are two types of breathing (also referred to as respiratory) emergencies:

These breathing problems can be identified by watching and listening to a victim’s breaths and by asking the victim how they feel if they are awake and alert. Knowing which type of emergency the victim is experiencing is essential to knowing how to help.

How Can You Prevent Someone Going Into Mild Hypoxia?

When you find a victim experiencing difficulty breathing – regardless of the cause – immediate care is essential. First, maintain an open airway and call 911. Help the victim to a comfortable position that makes breathing easier, such as sitting and leaning slightly forward.

Keep the victim from getting chilled or overheated, and administer emergency oxygen and monitor oxygen saturation, if available.

If ventilation is not successful, move to chest compressions and check the airway for an obstruction. The American Heart Association recommends 100–120 compressions per minute until emergency care arrives. Chest compressions can be incredibly helpful in preventing severe hypoxia, and should be performed until an ambulance arrives on the scene.

Ready to get up-to-date on your CPR knowledge? Take a CPR class in San Diego or Tustin with Express Training today! 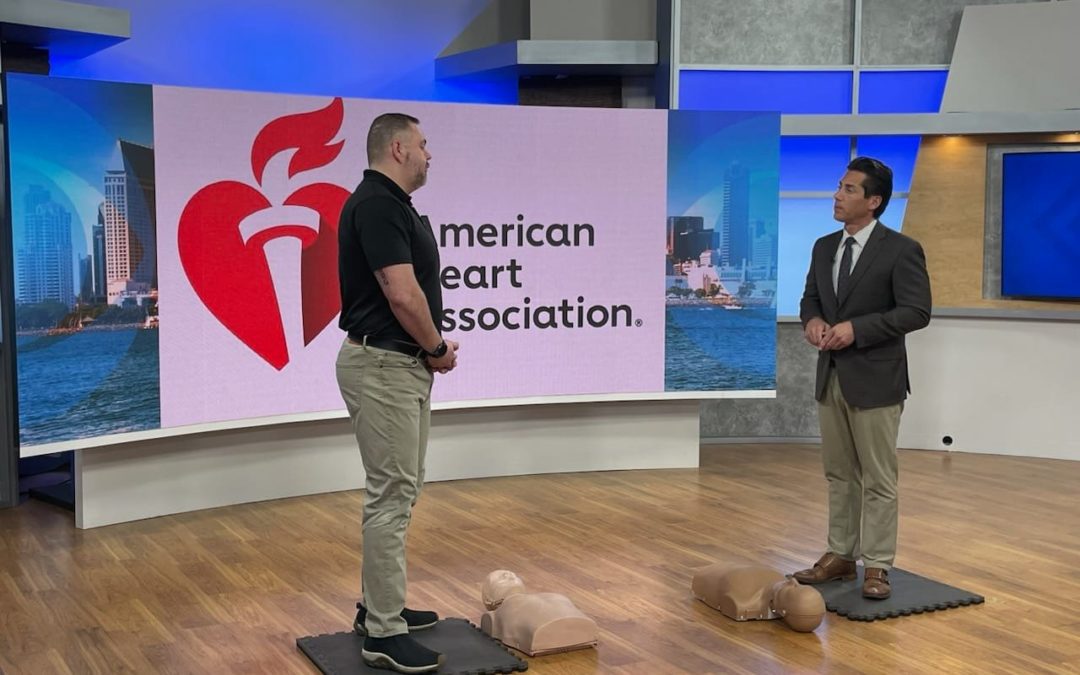 The American Heart Association and CBS 8 San Diego invited our instructor Peter Tharp on to discuss cardiac arrest and demonstrate the lifesaving skill of CPR. Check out the full clip below and for helpful resources on the topics discussed. Click...

END_OF_DOCUMENT_TOKEN_TO_BE_REPLACED 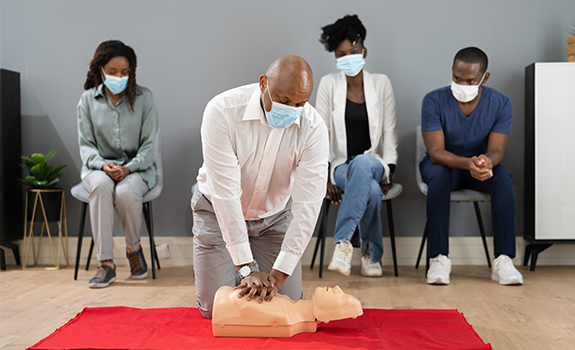 Since the onset of the Covid-19 pandemic - and the high transmissibility of the virus - those in the healthcare industry and beyond have wondered if it’s still safe to perform CPR. The good news is, ​​hands-only CPR remains a safe and effective way to help someone in...

END_OF_DOCUMENT_TOKEN_TO_BE_REPLACED

Are you looking to teach Basic Life Support (BLS) in your community or for your workplace? You’ve come to the right place! Becoming a BLS Instructor can happen in just a few steps; and once you’ve received your credentials, you’ll be able to teach not just BLS, but...